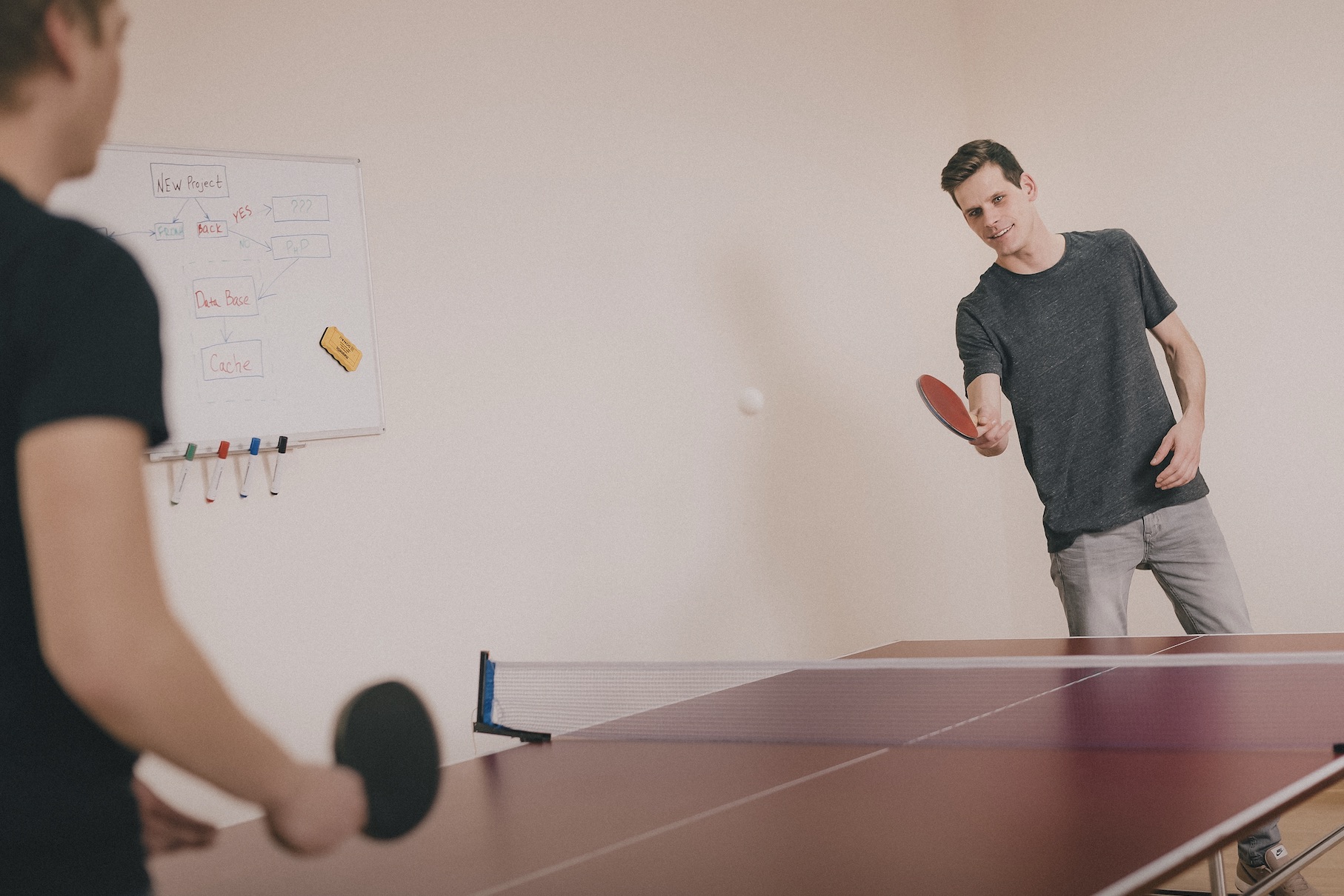 The consultant playing table tennis with a patient or sitting in on community meetings? Patients knowing the consultant only by their first name? The consultant and a patient chatting about how soap operas influence people’s views about mental illness? It’s got to be a ward which has just one consultant.

The benefits of each ward having only one consultant (rather than up to eight!!) are staggering. The consultant gets to see patients outside the unreal, stress-fuelled setting of ghastly ‘ward rounds’, gaining a much fuller, more holistic and ‘human’ understanding of patients health, needs, strengths, aspirations. And of course, this creates the possibility of consultants winning patients’ trust and respect, reinforcing the appropriateness of treatment formulations and implementation.

There’s also the similar strengthening of staff relationships with the consultant and much more efficient and accurate communication.

Interestingly, given that the only people who seem keen to retain the unpleasant and dysfunctional system of multiple consultants are, er, consultants, it’s great that the Royal College of Psychiatrists is actually in favour of single consultants:

Adult mental health services have been clear to recommend that ideally one consultant psychiatrist per ward will ensure good clinical leadership and avoid multiple ward rounds.

The Word from the Ward