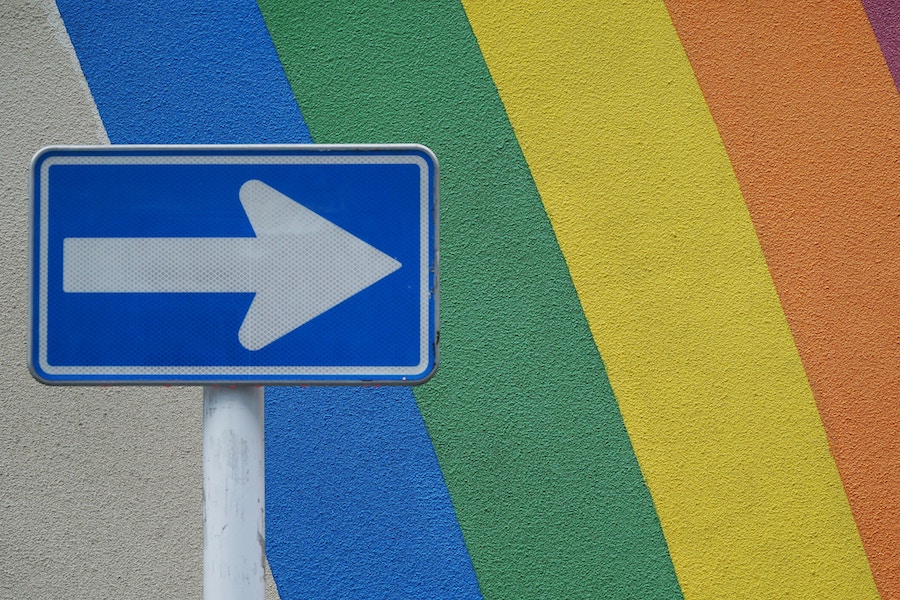 Somewhere Over the Rainbow

‘We are often asked what “makes a hotel gay friendly”. For me the main clue is in the word ‘friendly’. I don’t need a constant corporate smile and I don’t need my towels tying into flamingos. I do however expect to be treated with the same respect as other guests and their partners, and want to be made to feel relaxed and comfortable from the get go…

There is training out there to help hotels and their staff put gay travellers at their ease, avoid the wrong language and daft questions, and while that may help, it is really the ethos and values of the people who run and manage the hotel which are crucial. For me it is about whether they are genuinely gay welcoming or are they just “box ticking”…’

So much of this is transferable to a ward setting: being friendly, genuine and respectful and providing a relaxed and comfortable environment. This Idea is about gay patients but much of it (and all the values stuff) applies equally (in both senses of the word!) to gay staff. In fact, it’s all good practice for all – being open-minded, not making assumptions, being empathetic and practical. All things that ward staff are highly skilled in.

Stonewall’s Sexual Orientation: A guide for the NHS sets out clearly why gay people are particularly vulnerable to poor mental health and how this is compounded by problems accessing empathetic services:

The NHS’ Choices website outlines the main reasons why gay people are so vulnerable to poor mental health. It’s worth pausing to note that none of these factors are to do with gayness itself but with the stereotyping, stigma and exclusion that being gay (whether openly or not) can inflict. Many gay people have experienced:

Experiencing these difficulties can mean many gay and bisexual people face mental health issues, including:

The Stonewall report (see below) has lots of really practical ideas for and examples of helping gay patients to feel comfortable and trusting. For example, simply not presuming everyone is straight! That goes a long way. But some trusts are highly active in meeting gay patients’ needs; Kudos to Leeds Partnership Trust for the excellence of their services for LGBT patients.

BTW, we’re using  gay and LGBT interchangeably here. LGBT is the currently embraced label of choice for the lesbian, gay, bisexual and transgender communities. As is the rainbow the global gay symbol. There we go. That’s exactly the sort of simple and disproportionately helpful knowledge provided by gay organisations and inspired by gay hotels which you can read about below.

Word from the ward

“A gay-friendly ward environment would have to be defined by each individual. You just know when it’s a friendly atmosphere, don’t you? Like in a shop or health club. I don’t think it’s possible to give a definition as such. It’s just like any other difference: being male or female, small or tall, Chinese or British. There are distinctions and similarities to acknowledge and be mindful of, but more than anything I think it’s about meeting each person where they’re at and tailoring their care with that in mind”. – Healthcare Worker

“I allow the patient to instigate the conversation about sexuality. I’m open to them talking to me about it with me just as I am with anything else. Until then we don’t assume or put people in sexuality boxes”.  – Staff Nurse

“As a gay member of staff I’m happy for other staff to refer gay patients to me if they wish to talk with someone who has the same sexuality”. – Healthcare Support Worker

Since 2005 same-sex couples have been able to enter civil partnerships and gain the same rights as married couples. For the NHS this could cover, for example, providing patients the opportunity to declare they are in a civil partnership on forms which ask about marital status.

Civil partners have certain rights in relation to their partner’s mental health treatment, under the Mental Health Act 2007. Couples who aren’t in a civil partnership don’t have these rights.