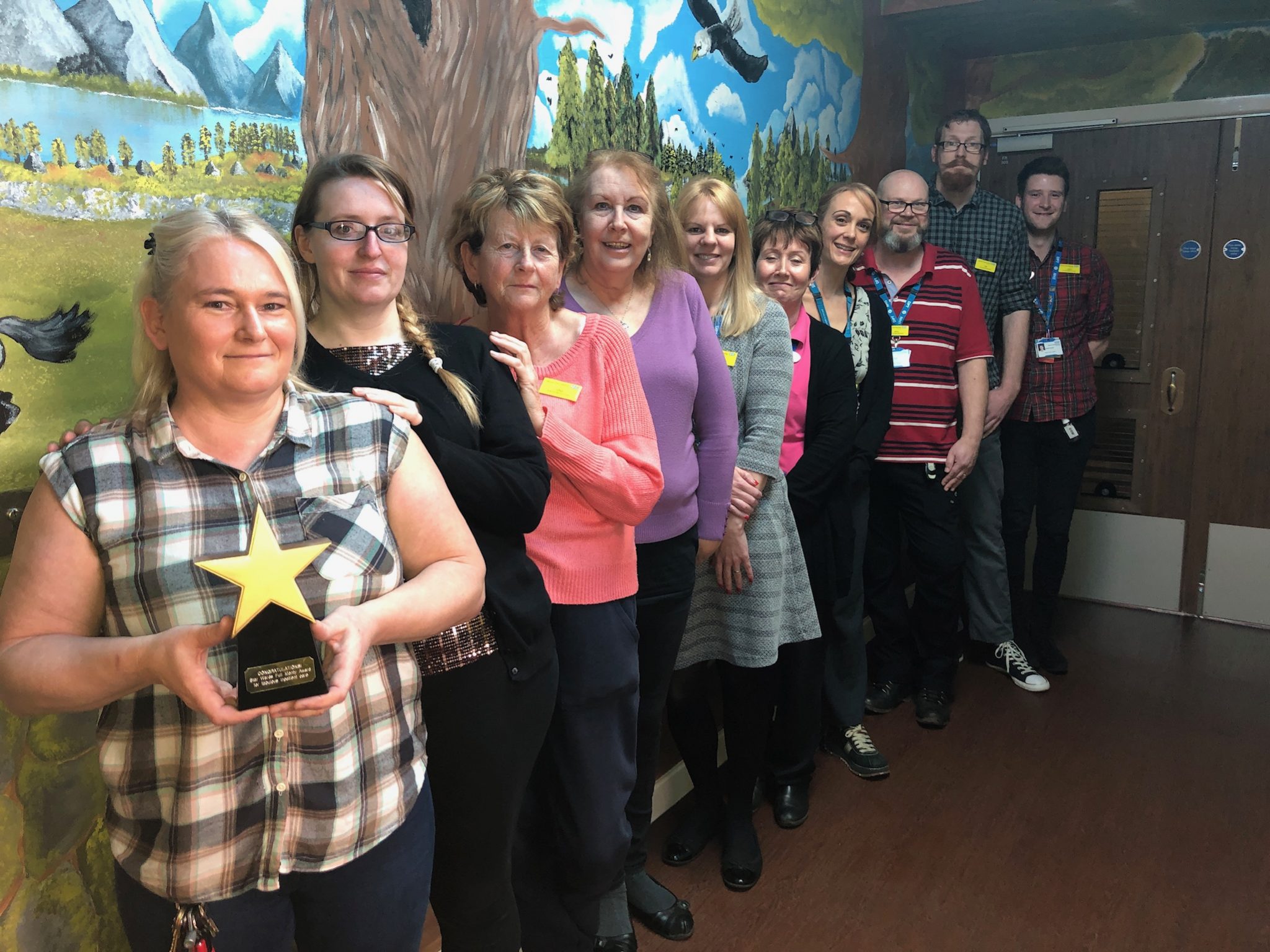 We had been using the Star Wards site for several years before considering applying for the Full Monty and undertaking a more formal process of working through the ideas. We frequently used it for improvement ideas for such a long time that by the most recent count, approximately 60 of the ideas were already in place. Having a structure for improvement efforts has been helpful.

We started to more formally introduce ideas from Star Wards mostly over the last years. This has been a process that we have done at the same time as working towards accreditation with the Royal College of Psychiatrists, and both approaches have been complimentary. The ideas have also been helpful through some being a little “left-field” which has given us a reason to pause and consider ideas that we would not ordinarily have thought of. This sort of challenge to the status quo has been beneficial.

There are some elements of Star Wards that appear more linked to a working age rather than an old age population. Translating these into something acceptable to our patient group has proven a challenge at times. There are also much larger structural changes that would be needed for some items e.g. a personal recovery budget and this has proven beyond our ability to achieve.

We believe that implementing these changes, along with hundreds of other small improvements is a vital part of the ward’s current success. Despite our challenges, we have a short length of stay and one of the lowest rates of falls and violence anywhere in the Trust. Indeed, we sometimes will go a whole year without using rapid tranquillisation. New ideas help build a ward that functions well, and these outcomes have a direct effect on patient experience.

Star Wards and other changes to the ward has really helped to make the case for advancing volunteers and peer support workers. It feels that we are closer now to having a manageable system for patients to return to the ward to provide lived experience.

We work with a very limited range of ethnic and cultural diversity and Star Wards (and Royal College accreditation) has helped us have a more structured approach to recognising and celebrating diversity. We feel we are better equipped for a broader range of patients.

We have used Star Wards as an approach at the same time as working through the Royal College of Psychiatrist’s accreditation process via the Quality Network for Older Adult Mental Health Services (QNOAMHS). We have found that both processes are complementary.

We were already a ward that undertakes a large volume of quality improvements and we are recognised at Trust level as one of the most innovative wards in the organisation. In this respect, prior to seeking the Star Wards Full Monty, we had already adopted, adapted and embedded a large number of ideas in Star Wards either through the Star Wards website, or through other routes. Consequently, implementation has been relatively straightforward.

Furthermore, we have structures that mean that when changes are made, they are far more likely to be embedded. Sustaining a change usually occurs by distributing responsibility for making the change throughout the team, and the person who has built the change has the passion for communicating it and maintaining it. We also use certain structures e.g. a self-developed electronic whiteboard to track whether particular tasks have been performed and this sustains our improvements.

To support the implementation, we have had a single nurse take on a lead role (Lawrence Cooke), and he has encouraged the team over the last year to either meet the benchmarks or to creatively adapt them with input from our patients. Lawrence has not had a major leadership role in the past, and having a single front-line staff nurse lead the project has helped embed the changes. It does not feel “top-down”, and this fits well with the Star Wards approach and ethos.

Over the last year, we have been helped by an increase in the provision of additional time from psychology. This facilitates 1:1 patient support as well as broader input from psychology. For example, the psychologist has worked with the team to develop a specific model so that all care plans have a consistent psychological approach. He has also developed a regular daily mindfulness session. Thus, medication is only one of a number of strategies. Star Wards and QNOAMHS standards have helped to maintain this focus, and this has been one of our largest areas of growth.

In recent years we have had a flourishing culture, both with staff and with patients where mutual respect and support is promoted. This extends to patients developing supportive relationships (where appropriate), and we are aware that friendships continue outside of hospital. Patients frequently go out for coffee together while still inpatients and this shared experience often continues outside. Furthermore, at the point of discharge, we always invite patients to drop in for a cup of coffee whenever they are at the general hospital. Several take up that opportunity, and it is a good chance to instil hope of recovery.

We have also had a change in the last year in that we have seen a significant increase in support to take patients off the ward. We have moved from two to three full-time equivalent members of OT staff. We now have a Community Support Worker that is permanently linked to the ward, and this allows much better access to a patient’s own home, and normal social activities. The support workers are incredibly flexible and relish the chance to do something new.

Star Wards has been complementary with QNOAMHS in ensuring that the patient Welcome Pack was reviewed and improved, so better and more relevant information was provided. As far as possible patients are supported to be engaged in their treatment, and that is not just limited to medication. We also overhauled our approach to “ward rounds” after patient feedback that large meetings can be intimidating. Now the majority of the meetings are far smaller and usually only 1-2 staff members at a time. They are less formal making them less anxiety-provoking.

Star Wards has been a component in our success, and one of our proudest achievements is that it has been over three years since the last formal complaint from a patient on the unit. Interestingly, the approach to improving quality has also vastly improved staff retention. In the previous three years we have not had a single vacancy in any specialism that has been unfilled. This indicates consistently high quality care. We regularly receive excellent feedback from staff, patients, visitors and carers. 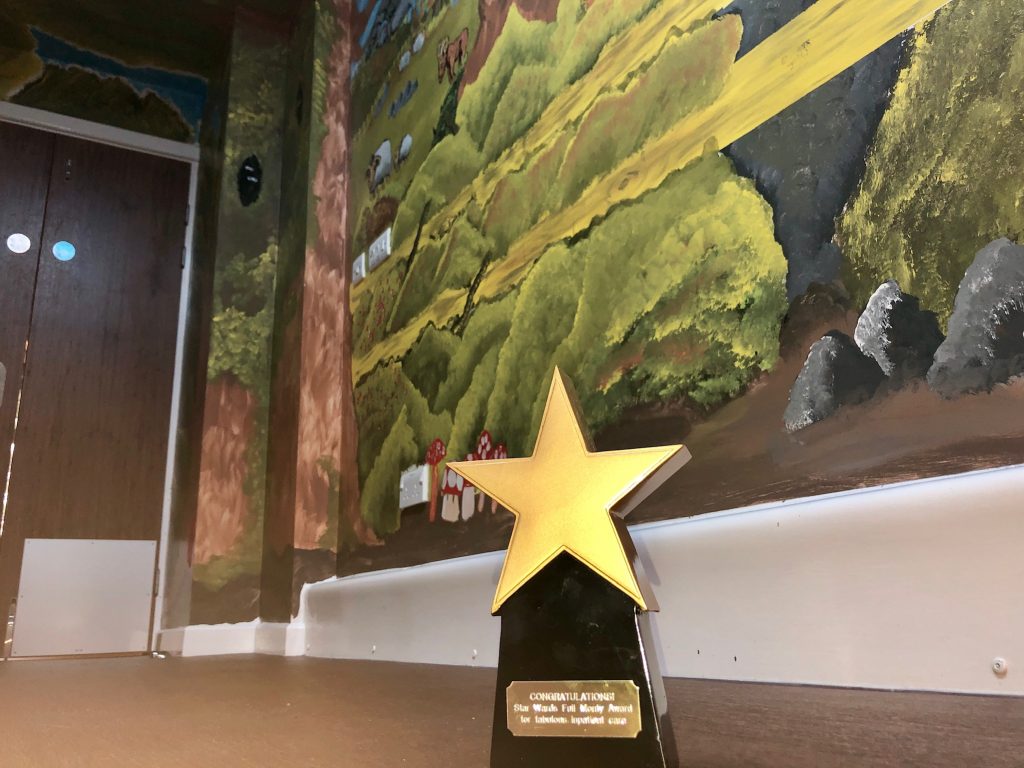