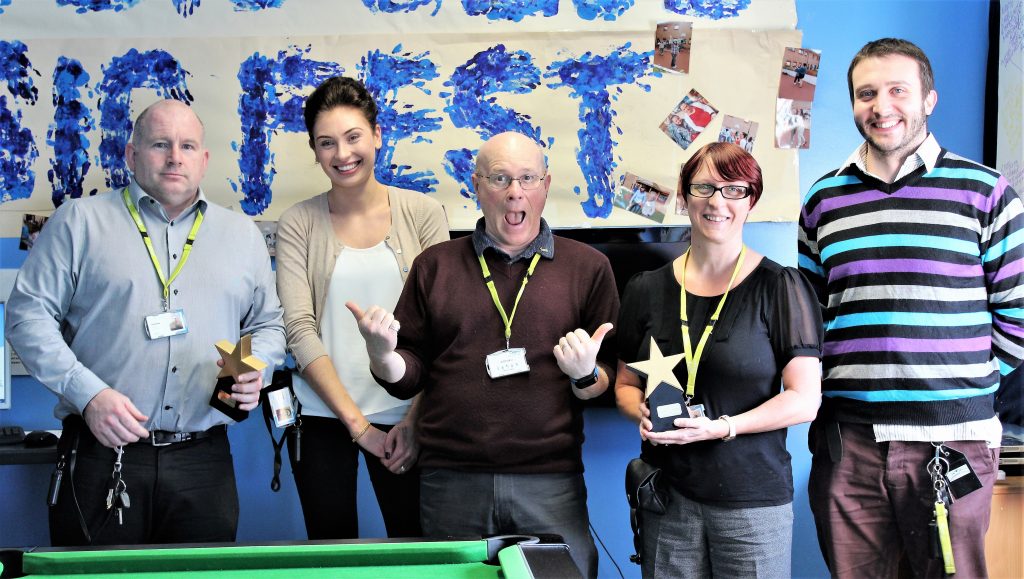 Let me tell you a story. In 2016, at the headquarters of Star Wards, we received an e-mail and a detailed audit from yet another fab service. The service had implemented all 75 star wards ideas across two wards and were asking both to be considered for a full Monty. We, naturally, were delighted, thrilled, overjoyed- but we (ok, I) forgot to return the e-mail saying we would be happy to bestow the Monty.

Fast forward six months. Did the team in question huff, sulk, bad mouth us on twitter? Did they write to their MP, the BBC or the Charity Commission? Did they heck! Instead, inspired by the changes and the results from implementing the 75 ideas, they decided to continue with the improvements and create an even better environment for their staff and patients. Yes, folks they took the advice of the great poet Percy Bysshe Shelley and decided “Nothing wilts faster than laurels that have been rested upon”. (More on Shelley later!) 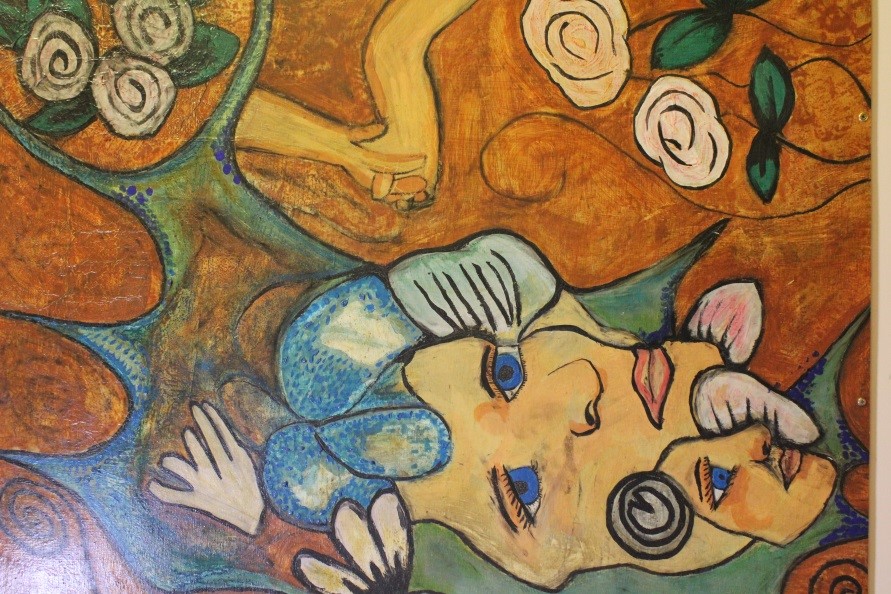 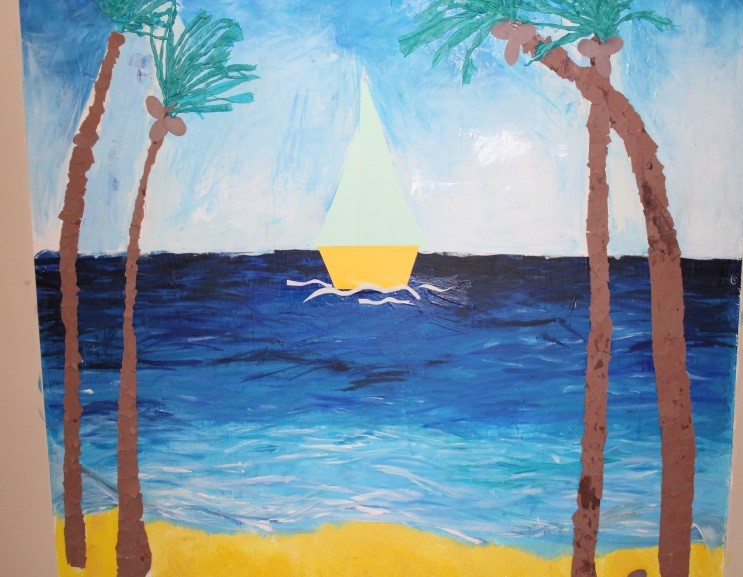 So, on St David’s day 2017, carrying a large piece of humble pie, I jumped on a train to Bierley in Bradford to see the two wonderful wards that are Bronte Ward and Shelley Ward. Part of Cygnet Healthcare, the wards provide a low-secure service for women (Bronte) and men (Shelley) – but, as with many great services, the word “secure” does not mean unimaginative, restrictive or dull!

On arrival, I was welcomed with open arms, treated with lunch and a presentation before being shown round the wards by an amazing bunch –  Neil Voakes (Head OT), Carmel Myles-Pollard (Ward manager of Bronte), both Andy Hancock and Hannah Sidhu (present and past ward managers of Shelley) and Andy Clements who was one of six (yes SIX) activity coordinators. This forceful team along with Rebecca Gould, the OT on Shelley Ward, had gathered the talents of other staff and patients to transform their service to fulfil the full Monty requirements and more.  Yet what was REALLY lovely was that they were keen to praise another member of their team who wasn’t there. This is what they had already told us in their Full Monty application back in 2016.

“We were looking for some benchmarking tool that could help us to augment the current work that was already being done and provide ideas for areas of development. Our service user involvement lead had experience of Star Wards and suggested that we looked into this for Bronte ward. We had some working party meetings which included the ward manager, OT, a nurse lead, healthcare support worker and service user and involvement lead.”

They had been inspired in their star wards journey by the “service user involvement lead”, a gentleman called Adam Stewart. Adam has now moved on to a fab job as an Engagement Officer with a Clinical Commissioning group, but we thank him regardless. Neil and Carmel tell me that Adam’s drive was fully and wonderfully matched by the support from the Hospital senior managers, -and Jenny McVinnie and Laura McDonough in particular. 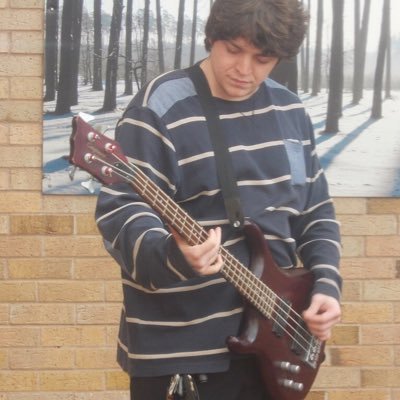 Interestingly, like many areas who take of the Star Wards 75 ideas, the team were first encouraged by what they had already achieved and encouraged to look at the more challenging aspects. To continue in their own words.

“As we worked through what we already had in place and ideas for further development we realised that this would be something that we could do across both of wards and developed a multi-ward working party to include Shelley Ward. We had regular meetings to plan and document progress with allocated members for each item. It was a great way of pulling the team together in order to make the ward environments a Therapeutic Community.”

And what were the wards like? They were amazing. Service user art work on the walls, quite rooms (a solar system theme in the men’s, a woodland forest in the women’s), active kitchens, games rooms, multiple televisions, quite areas and screens for video games, a beauty salon, a gym, a communal pool table, computer rooms (Neil told me they have recently bought four new computers and these have been set up in a “internet café” style). There was an amazing Snoezelen Multi-Sensory Environment on each ward with relaxing lights, sounds, smells and textures. There is a “tuck shop” run by and for the patients. 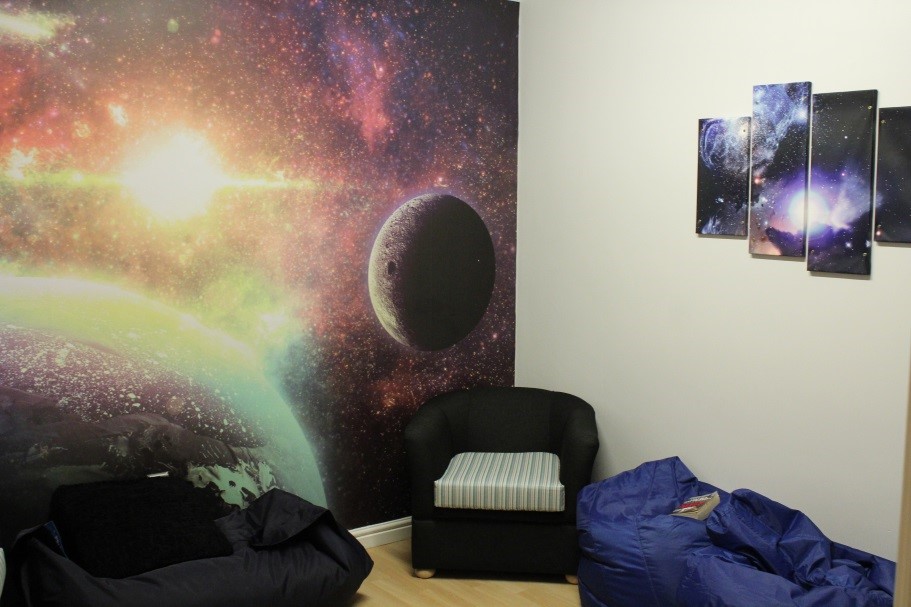 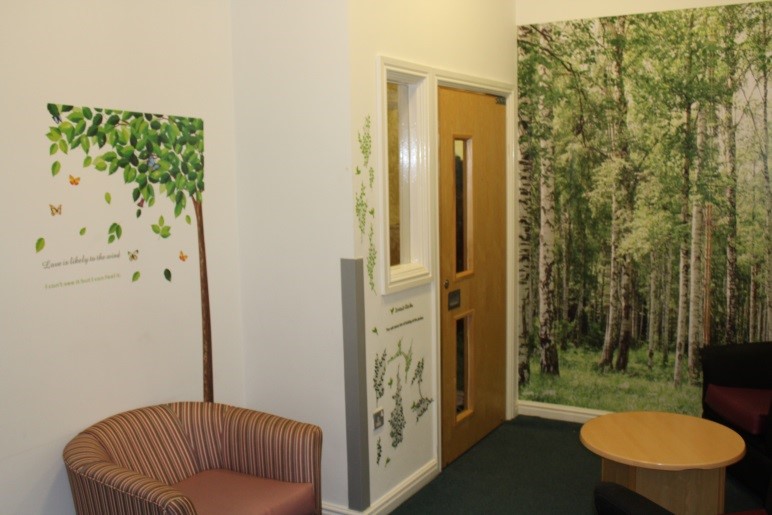 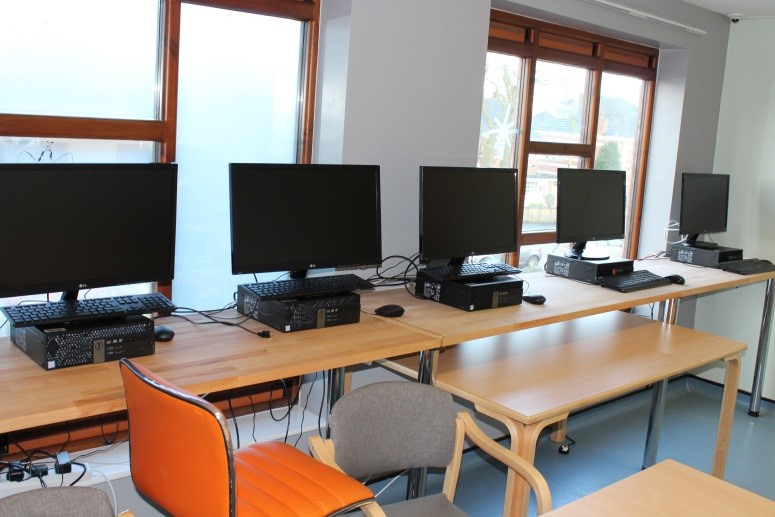 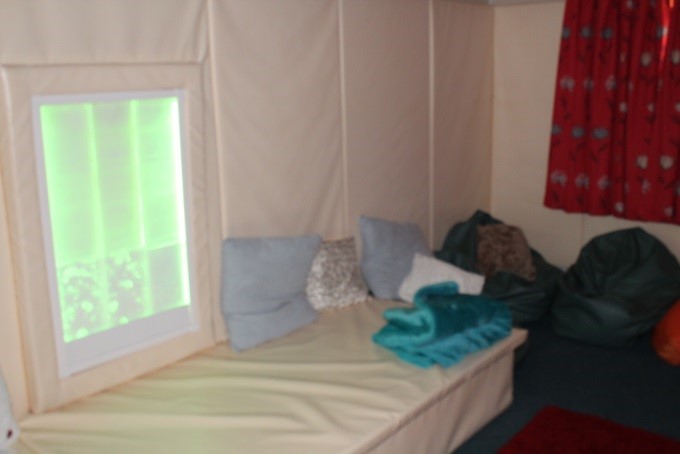 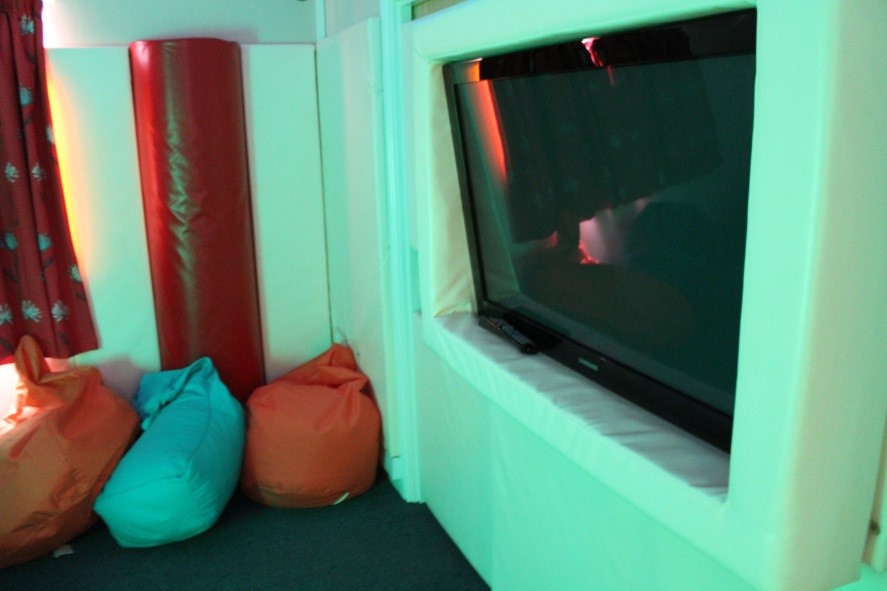 The pictures tell their own story, but let me tell you, when I saw the wards they were far from the ancient stereotype of a secure service. I saw no staff jangling keys, saw patients active and engaged and, when I chatted to them, they were full of praise for the ward staff and all they had done – so much so they came along and clapped when I gave the wards their Monty’s!

But there was so much more, and so much that took things to a new level. For example, the unit has a “Music and Multi-Media Tutor” on the payroll – an amazing man called Pat Bannon – who has set up a music lab and multi-media recording studio. Here, instruments, recording, film and photography are all available on high quality equipment.  He and the staff not only run basic music sessions, but record videos and have taken to filming, not only in the unit, but outside in the community. The work has been so successful they have even interviewed people in the local area for a project looking at stigma and have been invited to show it at a major conference. 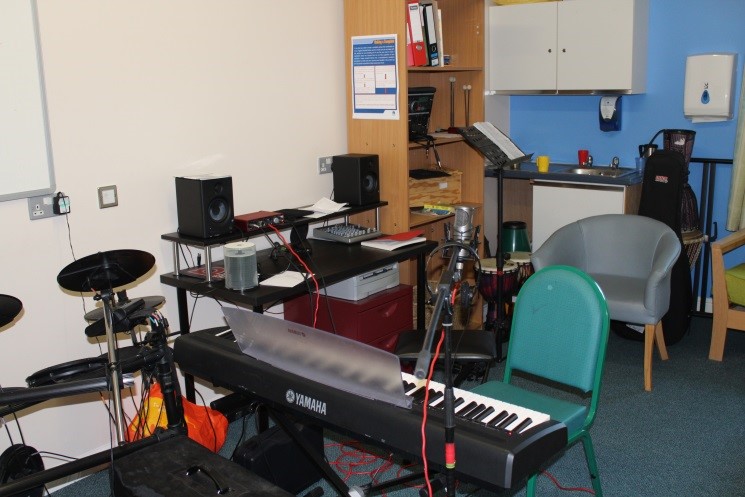 The multi-media lab has also produced a number of videos about sessions in the Hospitals new Recovery College. I sat through a number of quality examples of these and discovered that Andy Clements is not only an activity coordinator but the Jamie Oliver of the Recovery College. He runs a fab healthy eating course about cooking and clearly loves his subject!

Discussing the Recovery College led to me being told about the other projects for patients in and  outside the unit. One woman, with staff support, had been successful in finding a job in a local supermarket and went to work while still an inpatient. On discharge, the same chain continued to employ her when she moved. Other patient’s and patient groups have been supported to give talks at local universities to students training to be mental health staff.

“What about animals?” I hear you ask. The hospital has the use of a local stable and a petting zoo, but the story I just loved as being so “animal magic” was that, having failed to find a Pets as Therapy service, ward manager Hannah Sidhu went and got her own dog Hatchi signed up as a PAT dog!  Now she is a frequent visitor – and just look at her, isn’t she adorable. 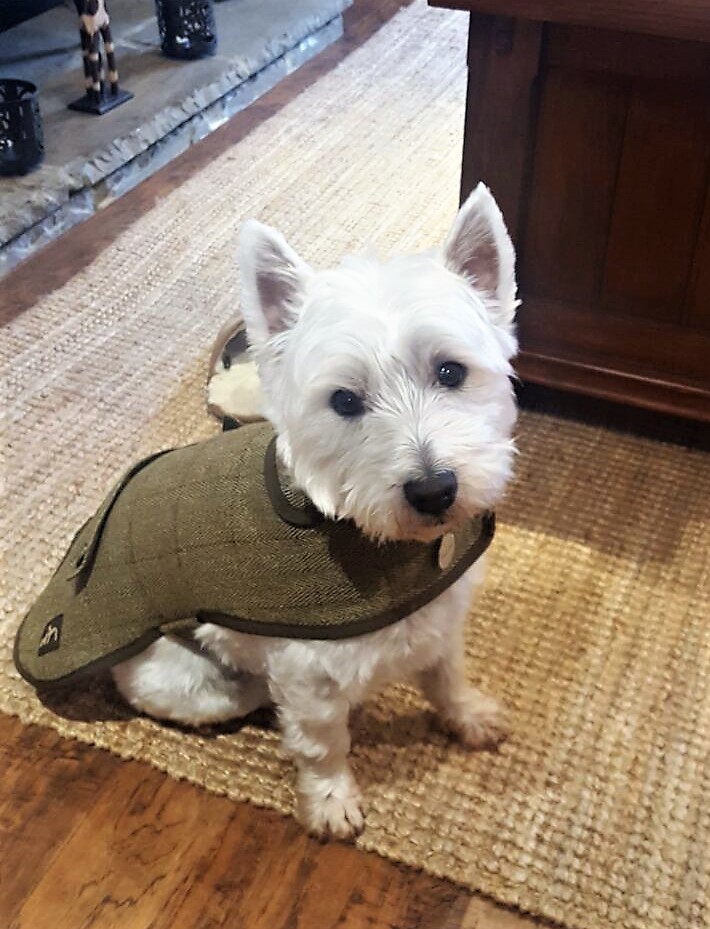 Oh dear – I’m running out of space and I haven’t told you about the staff trained gym instructors, of amazing dietician, or the beauty therapist, or the welcome packs, carers packs and carers groups , the “You said- we did” sessions, the Personal Recovery Workbooks, or the beautiful courtyards – or the hospitals “Big Blue” music festival where staff and patients perform (you can see the poster behind the pic of me giving the Monty’s). And what about the volunteers from a local church and patients also help out voluntarily at a local charity chop.  I tell you what – you’ll just have to go and see for yourself! Trust me, it’s worth it. 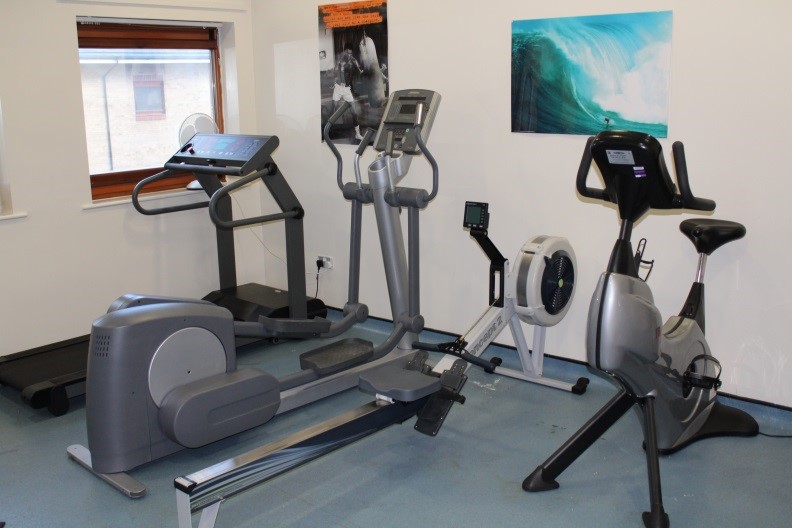 So I had a great day with a bunch of people who were forgiving of our tardiness and exceptional at their job. Caring compassionate and creative, these people had taken old Percy Bysshe Shelley’s comment “The great instrument of moral good is the imagination” to heart and made a beautiful poem of their service.