You say Star Wards, and I say Safewards 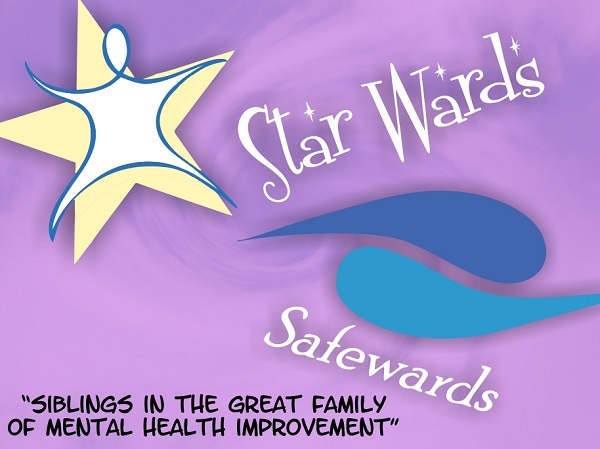 “You say Star Wards, and I say Safewards.”

I was recently asked for information or articles about Safewards and Star Wards working together.  Well, I hate to say it – but there aren’t any. So here I am, trying to plug that particular gap.

Actually, I have been mulling over this for a while. Being involved with both has (questionably) placed me in a good place to put some shape to it.  You can disagree with my thoughts – it’s a free world- and do feel free to add your own.

As a person who thinks in metaphors (I blame English Teachers), I see the two SW’s as siblings in the great family of mental health improvement. Star Wards is the pubescent and pimply older, being born 12 years ago.  Safewards is the also loved, just out of nappies, younger, being not yet three years old. Like many younger siblings, Safewards has both learnt and benefited from the path carved out by Star Wards, and Star Wards looks proudly and wonderingly on as Safewards piles through the milestones with youthful abandon.  What is very clear about this particular sibling relationship is that there is no rivalry, no rancour and no elbowing each other for the spotlight. They’re not Cane and Able, people! These are siblings who see each other as a support and comfort against a complex and difficult world.

All very lovey-dovey, but there are things that mark them as different and they do both understand that a ward may see three as a crowd and prefer to hang out with one or the other.  More on that later.

Let’s start, however, with the common DNA of the pair. Let’s start with what unites them. In the age old tradition of someone who is getting tired of his own voice, I’ll do this with bullet points.

Perhaps the best summary of all of the above is a quote from Canadian Nurse Tamara Dube – to the effect of:

“They light a fire IN staff and patients’ and not UNDER them.” [2]

So, a pair of Zen monks calling on wards to look for the path of inner enlightenment? Well, no, they’re not that blind to the realities of the world. I could have said that neither thinks that change is easy – but that would be ”harshing the buzz”, so to speak.

Not satisfied? You’re waiting for the “but” aren’t you? Ok, if you must! Here’s what I think.

Getting bored again, so back to bullet points.

There are other differences: Safewards starts with younger adult wards, Star Wards are any old ward really (and care homes for some stuff); Safewards has gone international and wants to take over the world [3] while Star Wards is as British as a Royal corgi [4].

The big, trunk waving, bun stealing question in this conversation is, of course, can they be done on a ward together. The simplest answer to this is that they can. The more difficult question is – what does your ward need?  I think if you can answer that question, the SW siblings can give you a nice solution at minimal cost. Alternate, you may find one of the siblings to be more to your present taste than the other. The good thing is they won’t go crazy if you do.  In fact you might even find them cheering you on from the side-lines!

I think that’s enough – and I’ve run out of bullet point.

But much more importantly – What do you think?

[1] Is that even a word?  Where are those English Teachers when you really need them!

[2] I don’t care if some other famous person said it before Tamara – as far as I’m concerned SHE SAID IT and it’s just another example of how brilliant ward people are. So don’t send me a link to any famous quotes websites, If you do, I’m sticking my fingers in my ears, closing my eyes shouting “la la la la” at the top of my voice.

[4] Hey, we have to have dogs in here somewhere