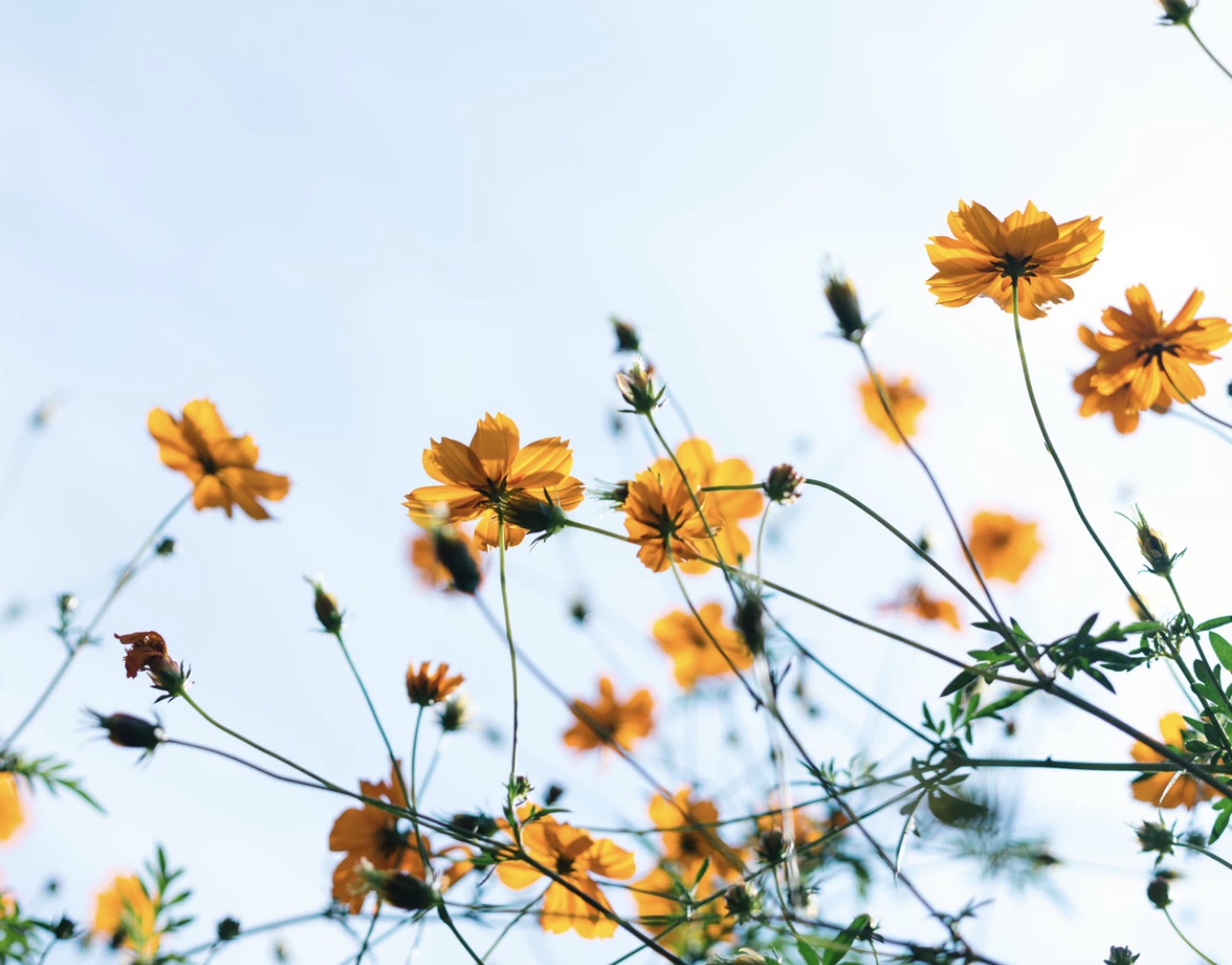 Pure space, mindfulness, silence, meditation, yoga have become very trendy. And being an  inpatient is a great opportunity to learn and practice these extraordinarily effective ways of not just quieting the mind at that moment, but infusing even very traumatised lives with considerable serenity.

Silence is relatively straightforward, although we hope you discover in the pieces below some fresh perspectives on this invisible treat. The term ‘mindfulness’ is confusing. For us at Star Wards, a simple way of considering mindfulness, especially for ‘beginners’ and people in the grip of acute mental illness, is mind-emptyness. Stopping the continuous, usually negative and often terrifying stuff going round and round our heads. Quietening our minds. Anything from sitting on top of an Indian mountain and chanting through to a quiet afternoon angling on a Scottish loch. Knitting, gardening, looking at fish in an aquarium….. just as there’s complete diversity in what people find gets their mind whirring, so quietening one’s mind is also highly individual.

A little note from Marion

As with all skills, there’s a vast range with mindfulness. Training would be wasted, for example, on Buddy, who (like most dogs and few humans) is deeply content in the moment. She’s simply not fretting about whether she peed in the highest status spot in the park nor angsting about whether she’s having a bad fur day. She’s lucky. It is very likely that some of your ward staff will already be skilled in mindfulness, whether self-taught or as a result of training courses. The people who are best placed to help with mindfulness skills are your psychology colleagues, and if they are unable to provide training (eg because of time constraints!!), they should be able to recommend books, DVDs and courses.

If mindfulness is about silencing the internal, then silence is about – er, well it’s still about absence of noise externally. Still, quiet, peaceful. Pico Iyer eloquently described silence as:

not an absence but a presence; not emptiness but repletion. Silence is something more than just a pause; it is that enchanted place where space is cleared and time is stayed and the horizon itself expands.

Perhaps it’s a cultural thing, but we seem to have an allergic reaction to silence – especially during interaction. It can seem like a kind of lack or emptiness rather than an enriching activity. We have a tendency to fill in every snippet of silence with something – anything will do! – to avoid the feeling of awkwardness or unease. Just sitting together with a patient, with little words can be a therapeutic and containing experience.

Wards can often be chaotic and noisy atmospheres and it can be difficult to geographically and practically find a space for silence. Simply making a room available for this purpose can be a great start, especially if it’s away from the blaring TV or CD player.

Sometimes silence can expose us to a lot of mental noise, scary thoughts and horror. So the balance of sound and silence is important. Embracing / basking in silence is a skill. But allowing silence when with a patient shows that it’s okay, it gives the message that your there should anything happen – i.e difficult thoughts and feelings.

As with most things in life, context is all. Silence can be healing or hellish, peaceful or punishing. It all depends on expectations, relationships (including the power dynamic within these), cognitive ability, location etc etc. Silent meditation and contemplation are recognised and facilitated as central not only to most faiths and Quaker spiritual gatherings (Meetings) are characterised by silence. Iyer puts it like this: It is no coincidence that places of worship are places of silence: if idleness is the devil’s playground, silence may be the angels’.

Look how nice this is:

Perfect if you’re wanting a quick breather, a bit of space and absence of clutter, a (tiny) blank canvas onto which you can arrange your thoughts – or just let your mind go equally clear. As Iyer puts it: in silence we can hear ourselves not think, and so sink below ourselves into a place far deeper than mere thought allows. In silence… we can hear someone else think.

How nifty that silent is an anagram of listen.

And that we’re repeating the point we made in the pioneering sub-heading.

You probably don’t want us to list all the times when silence isn’t such a great idea, like in the middle of wedding vows or if you’ve just got a Full House in a shout-out bingo hall. Iyer again: There is, of course, a place for noise, as there is for daily lives. There is a place for roaring, for the shouting exultation of a baseball game, for hymns and spoken prayers, for orchestras and cries of pleasure. Silence, like all the best things, is best appreciated in its absence: if noise is the signature tune of the world, silence is the music of the other world.

In silence, suddenly, it seems as if all the windows of the world are thrown open and everything is as clear as on a morning after rain. Silence, ideally, hums. It charges the air.

And we should acknowledge that silence can be used in a hurtful or punishing way – to reject people, or as part of isolating people. It’s one of the aspects of seclusion rooms that Star Wards finds ghastly.

A little note from Marion

When my mother was dying of cancer, a doctor came to see her. He sat by her bed, in my parents’ bedroom, and we waited for him to pronounce. But he didn’t. He just sat very still, looking composed and focused. He sat like this for a few minutes, just looking at my mum who was ‘unconscious’. I was astonished. I’d never have thought that ‘just sitting’, in complete silence, could be such a powerful behaviour. The messages the family got from this gentle conduct were:1. the doctor wasn’t in a rush. He would take the time necessary, in this agonising situation, to find out what was needed and help mum through her remaining days
2. he could learn about her physical state by carefully observing her – presumably things like her breathing and skin colour.
3. he understood and respected the very quiet, deeply subdued mood and timeOver to Pico Iyer one more time:“Silence, then, could be said to be the ultimate province of trust: it is the place where we trust ourselves to be alone; where we trust others to understand the things we do not say; where we trust a higher harmony to assert itself”.

Idea #76 looks at some of the issues of night-time on wards. The extent to which near silence can be achieved obviously depends on the type of ward, abilities and needs of the individual patients and whether there are admissions or other significant occurrences during this time.

Silence, while vital for most people’s ability to sleep, can be terrifying for some patients and seriously unnerving for some staff in some circumstances. Some people with dementia are very afraid of and disoriented by the relative darkness and (intermittent) silence of the night, contrasting with familiar daytime noises and activity. This, understandably, can result in their seeking security and reassurance at night to help soothe their distress.

For others, it’s the continuous fracturing of silence through the night which is deeply stressful, and it is to everyone’s benefit to minimise disruptive, intrusive noise by being vigilant about:

Silence in conversation can feel as threatening to some as silence at night feels to others. TalkWell has a section on silence, including these areas of staff concern:

But it’s so worth it! Pauses, and silence in conversation:

In Henry Wilmer’s Quest for Silence, a psychoanalyst described how he once had an entire hour when he and his patient said nothing. Not a word. He was (understandably!) worried afterwards that he should have been pro-active in helping the patient express herself. “However: she appeared a few days later for her next session, positively beaming and happily told me how vitally important the hour of silence had been for her. She said it was the first time in her life that she felt nothing whatsoever was being demanded of her: she could just be – silent and accepted as she was. This experience marked a major turning point in her life. And it confirmed for me the healing function that silence can have.”

Therapists use silence to: